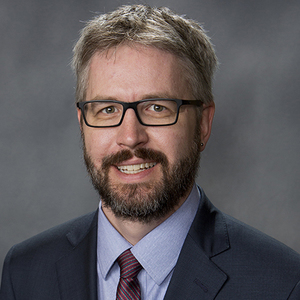 Professor and Associate Dean for the Social Sciences and Research, Joseph and Elizabeth Robbie Collegiate Chair

Ph.D., University of Illinois at Urbana-Champaign

Dr. Brockmole’s research focuses on understanding how human observers acquire information about objects and scenes, how that information is retained in memory, and how stored knowledge about the visual world in turn guides behavior. Specific interests include the allocation and control of visual attention, the representational format of short-term memory, the mechanisms underlying statistical learning of environmental regularities, the nature and functions of episodic and semantic long-term memory, the interactions between attention and memory that occur in the service of visually guided tasks, the changes in visual memory abilities that occur across the lifespan, and the relationship between visual cognitive abilities and the physical manipulation of the body.  The work in his lab therefore sits at the intersection of research on visual attention, visual memory, gaze control, spatial cognition, embodied cognition, and cognitive ageing. Each of these interrelated issues is central to understanding how observers construct and use meaningful mental representations of visual environments. His lab uses a variety of tasks and dependent measures to investigate these aspects of cognition, but a major methodology involves the recording and analysis of eye movements which reveal how visual information is processed in real time. Brockmole has previously served as Associate Editor of the journals Attention, Perception, & Psychophysics and Journal of Experimental Psychology: Human Perception and Performance. In January, 2020, he will become Editor-In-Chief of Psychonomic Bulletin & Review.