To make their behavior contagious, ethical leaders need to harness the power of “elevation.” 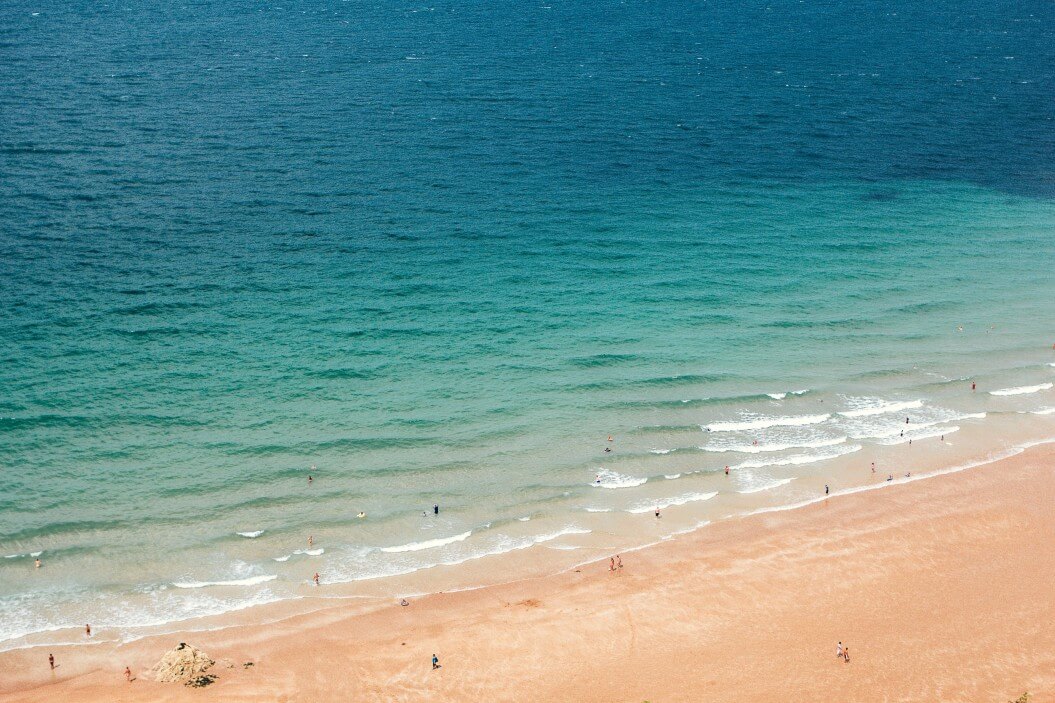 On a warm day in July of 2017, an eight-year-old boy and his eleven-year-old brother were swimming at Panama City beach when a strong rip current began to sweep them out away from the shallow waters and into the Gulf of Mexico.

Their mother, who was standing on the shore, heard them screaming. She swam out to save them, but she, too, was swept up in the current. Her 67-year-old mother followed and suffered a heart attack in the water. Several others tried to help, but no one could withstand the current’s pull. Eventually nine people were on the verge of drowning with no lifeguards or emergency vehicles in sight.

Fortunately, back on the shore, one young couple took action. Derek and Jessica Simmons, who had recently moved to Florida from Alabama, started directing bystanders to lock arms with one another. “I come from a place where you help out your neighbor,” Derek Simmons explained. More than 80 people came together to create a chain that stretched far out into the water. Over the course of an hour, this collection of strangers saved all nine people from drowning by passing them one-by-one along the human chain and back to safety. Simmons described the mood on the beach after the rescue:

“It was pretty amazing, all these different people, complete strangers who didn’t even know each other’s names, hugging and high-fiving."

As you read this account, did you feel a warmth in your chest or a lump in your throat? Perhaps you had a sense of openness and a feeling that you were somehow enhanced by learning of this inspiring story?

If so, you experienced what psychologists call elevation. Elevation is an emotion akin to awe or admiration that arises when we encounter a morally courageous or heroic act.

Elevation may create a nice, fuzzy, warm feeling, but it also has powerful real-world effects. It makes moral acts contagious by giving us a strong desire to emulate the inspiring behavior we observe. It encourages us to be less selfish and more helpful toward others. In fact, it may have been the experience of elevation that caused so many strangers let go of their reservations and join together to help the struggling swimmers at Panama City beach. Seeing another person help makes us want to help. Our moral actions set off a cascade, inspiring others who then inspire yet more people.

Though the academic study of elevation is in its infancy, the emotion has been discussed for centuries. Jonathan Haidt, who coined the term “elevation” in the year 2000, gives credit for the first account of elevation’s effects to Thomas Jefferson. In a 1771, a friend wrote to Jefferson asking for book recommendations. Jefferson wrote back encouraging his friend to seek out inspiring stories, even fictional ones, that could provide accounts of moral excellence he would want to imitate. He explains:

When any … act of charity or of gratitude, for instance, is presented either to our sight or imagination, we are deeply impressed with its beauty and feel a strong desire in ourselves of doing charitable and grateful acts also.

Now, over 200 years later, studies have demonstrated that Jefferson was correct. Psychologists have found that they can induce the emotion of elevation in study participants by showing them a video or asking participants to read a story or simply recall morally inspiring events in their lives. Inducing elevation makes study participants more eager to help others with difficult tasks. Those who experience it also become less preoccupied with their image, popularity, and money. Elevation can even reduce feelings of prejudice and promote more positive attitudes toward those who are unlike us.

Elevation is not limited to dramatic and dangerous situations. It can also arise in more mundane places like assembly lines, meeting rooms, and corporate offices. In fact, elevation is a powerful and often under-appreciated force that makes ethical leadership work. A 2010 study collected data from workers about their feelings toward their supervisors and found that bosses could cause their followers to experience elevation through acts of fairness and self-sacrifice. Elevation caused these workers to have positive feelings toward their bosses, and the effect spilled over into other relationships; they were kinder and more helpful toward their coworkers and more committed to their organization as a whole.

These findings suggest that elevation is a valuable emotion for leaders to understand. It can give ethical leadership traction by helping a leader’s values and behaviors take root in his or her followers. One study puts it this way: "Elevation puts moral values into action."

Put it in Practice

The best way to harness elevation in your organization is by changing the way you communicate about ethics. Keep these guidelines in mind.

Find exemplars who elevate you and others.

Most companies have codes of values. But true moral inspiration comes from people, not from abstract principles. Although we need rules, guidelines, regulations, and laws, we are only inspired by the people who embody them and live them out. For each of your organization’s values, make sure you can identify a person who exemplifies it in his or her life and work.

Stay on the lookout for your organization’s stories of morally courageous acts. In order to be inspiring, moral acts need not be larger than life. As an example, consider the story Costco founder Jim Sinegal tells in the video below.

When we speak about ethics, we often speak of duties and legal obligations and the bad things that happen to those who fail to fulfill them. But a good example is often more effective in prompting good behavior than a bad one. In fact, a good example can inspire us to go “beyond the call of duty” instead of simply doing the bare minimum.

The next step is to let elevation simply do what it does best: spread. Haidt writes:

“Elevation is particularly interesting because of its power to spread, thereby potentially improving entire communities. If elevation increases the likelihood that a witness to good deeds will soon become a doer of good deeds, then elevation sets up the possibility of an ‘upward spiral,’ raising the level of compassion, love, and harmony in an entire society.”

So begin today to find and share positive, personal, awe-inspiring stories of moral courage. There’s no telling where the good effects will end.

Originally published by Brett Beasley at ethicalleadership.nd.edu on September 21, 2018.