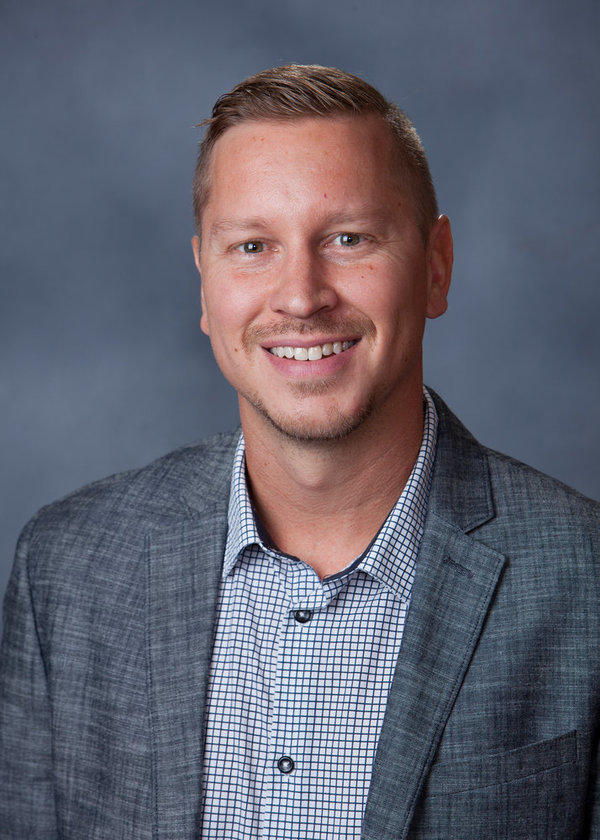 It didn’t take long for Nathan Rose to make an impact at Notre Dame.

Just a few months after joining the faculty, he became the first member of the Department of Psychology to have a study published in the journal Science — and the second ever from the College of Arts and Letters.

Rose, an assistant professor, examined a fundamental problem the brain has to solve — keeping information “in mind,” or active — so actions can be guided accordingly. The common theory is that the information is kept in mind by neurons related to the information actively firing throughout a delay period, a theory that’s been dominant since at least the 1940s, Rose said.

But in his paper published Dec. 2, Rose and his team give weight to the synaptic theory, a less well-known and tested model. The synaptic theory suggests that information can be retained for short periods of time by specific changes in the links, or weights, between neurons.

“We are thrilled to have Nathan as a member of our faculty,” said Lee Anna Clark, chair of the department and the William J. and Dorothy K. O’Neill Professor of Psychology. “He is one of the top young investigators in the field, and we consider ourselves very fortunate to have been able to attract him to Notre Dame. He is doing cutting-edge research, and there’s great potential for collaborations with other faculty as well.”

Rose, who studies memory and aging with an eye toward improving cognition among the elderly, said this research advances the potential to understand a variety of higher-order cognitive functions, including working memory, perception, attention, and long-term memory.

Eventually, he said, this research could lay the groundwork for the potential to use noninvasive brain stimulation techniques such as transcranial magnetic stimulation, or TMS, to reactivate and potentially strengthen latent memories. 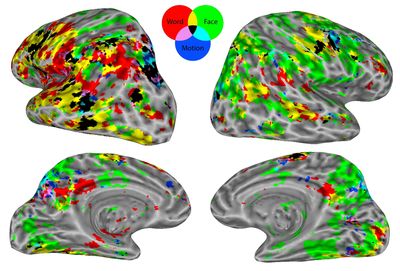 Rose and his collaborators are currently working on extending these results to see how they relate to long-term memory.

The team used a series of noninvasive procedures on healthy young adults to test the idea that certain information is retained in “activity-silent” neural mechanisms, an area of study previously tested largely on only mathematical modeling or rodents. Participants were hooked up to neural imaging machines that allow researchers to “see” what the brain is thinking about by capturing which areas of the brain are active at any given time, since different areas of the brain correspond to different thoughts.

Participants were given two items to keep in mind on each roughly 20-second trial of the experiment—for example, a word and a face. Each of these items activate different areas in the brain, making it easier for the researchers to identify which a person is thinking about. At first, Rose’s team saw neural evidence for the active representation of both items.

“Then, when we cued people about the item that was tested first, evidence for the cued item—or the attended memory item that was still in the focus of attention—remained elevated, but the neural evidence for the uncued item dropped all the way back to baseline levels of activation,” Rose said, “as if the item had been forgotten.”

In half of the tests, Rose’s team tested participants again on the second, uncued item—called the unattended memory item—to find out if the item was still in working memory, despite looking as if it had been forgotten. When the researchers cued participants to switch to thinking about the initially uncued item, “people accurately and rapidly did so,” said Rose.

The researchers also saw a corresponding return of neural evidence for the active representation of the initially uncued item. This indicated that despite looking as if the second, unattended item had been forgotten, it remained in working memory.

“The unattended memory item seems to be represented without neural evidence of an active representation, but it’s still there, somehow,” Rose said. 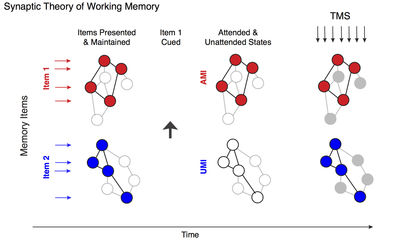 “Although the TMS activates a highly specific part of the brain, it is a relatively nonspecific form of information that is applied to the network. It’s just a burst of energy that goes through the network, but when it’s filtered through this potentiated network, the output of the neural activity that we’re recording appears structured, as if that information has suddenly been reactivated,” Rose said. “We’re using this brain stimulation to reactivate a specific memory.”

The researchers found that after the TMS is applied to the part of the brain where information about the unattended memory item is processed, the neural signals fired back up in the exact form of the “forgotten” item, going from baseline back to the level of neural activity for the word or face that the participant was keeping in mind. The team dubbed this reactivation of memory using TMS the “Frankenstein effect,” since the neural signals for the secondary item went from baseline activity—looking like it was forgotten—back to full activity.

In further testing, Rose’s team discovered that once participants knew they wouldn’t have to remember the unattended item any longer in the tests, the memory items truly were dropped from their working memory.

“Once the item is no longer relevant on the trial, we don’t see the same reactivation effect,” Rose said. “So that means this is really a dynamic maintenance mechanism that is actually under cognitive control. This is a strategic process. This is a more dynamic process than we had anticipated.”

Co-authors of the study are Joshua LaRocque, Adam Riggall, Olivia Gosseries, Michael Starrett, Emma Meyering, and Bradley Postle, all at the University of Wisconsin, Madison.

Rose’s interest in memory started as a concussed 10-year-old. A bike accident left him unable to remember anything for about a day, and after that he started thinking about the relationship between the brain and memories.

“I had become injured in a way that affected my memory, and I thought that was really profound,” he said.

Rose’ studies and research focus largely on how and why memory declines with age, and how to improve memory performance.

Working toward his goal of improving cognition among the elderly, Rose helped create a Monopoly-style board game called the Virtual Week. Adults roll dice and, as they progress through the game, must complete standard day-to-day tasks such as taking medicine or checking their blood sugar.

The game has shown promise helping adults in the early stages of Parkinson’s or Alzheimer’s disease keep up with essential, day-to-day tasks. Computerized and virtual reality versions of the game are now in development, and the game has been translated into more than 10 languages for use around the world.

“There’s a lot of interest in developing techniques to see if they can be used to probe the integrity of the brain, and potentially use them for memory enhancement or treatments for a variety of conditions,” he said. “These are very exciting times.”